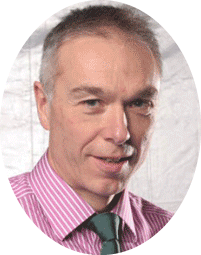 Alister is a geographer, chartered planner (MRTPI) and “pracademic” who works at disciplinary and professional boundaries and edges in dealing with interdisciplinary problems. His career has encompassed both policy and academic positions. He has just started a NERC knowledge exchange fellow post on mainstreaming green infrastructure. At Northumbria University he provides leadership to a multidisciplinary research theme on Bioeconomy with particular interest in realising the value(s) of nature.

Alister's research addresses “messy” problems concerning policy and decision making across both built and natural environments. He has published over 45 peer review papers and secured grants in excess of £2 million. But he has also produced over 100 popular articles, policy brief videos, web portals, plays and even game boards and has written regularly for national and regional newspapers as part of knowledge exchange work. Furthermore, his research model involves co-developing research projects with policy and practice communities who then become embedded as members of research teams to maximise impact and social learning.

Current projects in addition to the NERC fellowship work include testing and assessing a natural capital planning tool in different planning contexts (NERC); developing citizen led innovation pas part of the Birmingham Urban Living pilot project (RCUK and Innovate UK) and using game based formats to help improve participatory processes and outcomes including working with the RTPI to produce a game to enthuse children about the role of the planner (ESRC). He is also working with several planning authorities to help mainstream the ecosystem approach in local plans (Northumbria). For more information see Alister's page at the University of Northumbria.