Should Britain build on its green belt?

Should Britain build on its green belt to solve the housing crisis? (First published in February 2017)

Back in the 1930s, English planners came up with a novel idea to prevent urban sprawl: a ring of countryside surrounding the city, protected from development by law. This “green belt” would preserve the unique characters of historic towns, safeguard the countryside from development and encourage the regeneration and reuse of urban land. It was adopted nationally in 1955, and around 13% of England is now zoned as green belt land.

But today, the UK is experiencing a housing crisis. The nation requires nearly 300,000 new homes each year to keep up with demand – not to mention making up for the undersupply from previous years. In the year to September 2016, only 141,000 were built. This deficit has sparked renewed debate over the value of the green belt.

Leading housebuilders and think tanks argue that selectively releasing parts of the green belt would help to meet the government’s ambitious housebuilding targets. Meanwhile, other pressure groups claim that the green belt should be sacrosanct, to safeguard the environmental and health benefits it provides for nearby towns and cities.

In practice, though, it seems the criteria aren’t always quite so strict. Increasingly, greenfield sites (undeveloped land, which can include the green belt) are being favoured by developers because they are cheaper to exploit than brownfield sites (previously developed land, such as disused industrial estates), which have much higher transaction costs. 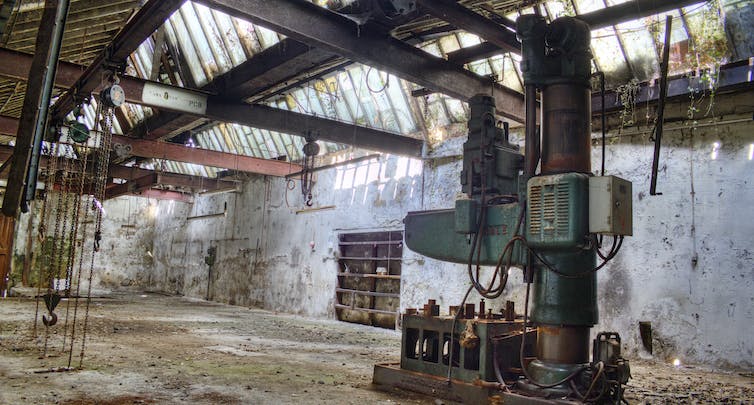 In fact, national planning policy encourages development on greenfield sites through the use of highly questionable “objective” assessments (or rather, estimates) of housing need, based on past trends and dubious population projections. What’s more, measures of economic viability only take stock of profit, and fail to incorporate environmental or social considerations.

The case for development is also propped up by overly simplified claims that much of the green belt is poor-quality, unproductive land, with no clear requirements for good management.

These incremental assaults on the green belt overlook the need for vital infrastructure and services to create strong, resilient communities and sustainable places. In fact, the green belt holds significant market and non-market value for urban economies, which pose a challenge conventional economic arguments in favour of more houses on “unproductive” green belt land.

For one thing, releasing the green belt in the wrong place comes with certain costs, such as longer commutes, worse congestion and more dangerous levels of air pollution, as well as increased risk of surface water flooding. These costs are normally exacted after development, and don’t appear in initial assessments.

The green belt when seen as part of critical green infrastructure has the potential to deliver multiple benefits for cities: it provides space for agriculture, protection from flooding and drought, it improves air quality and mitigates the urban heat island effect, as well as enabling recreation and enhancing biodiversity.

The challenge, then, is to identify where these benefits of the greenbelt can be optimised, and the costs of development minimised. At a national level, England lacks a strategic plan to to identify the best sites for housing, jobs and key infrastructure. This is needed to drive sustainable growth and address deep-rooted problems, such as the divide between the wealthy but congested south-east, and the less prosperous north.

On a local level, it means planning to put the right developments in the right place. This isn’t limited to houses: city outskirts can be rejuvenated by community food-growing initiatives, or wetlands created for flood protection and biodiversity. Local authorities should think and plan strategically and form long-term visions about the kind of places they want to create – just like the great planners of England’s historic garden cities.

The recent housing white paper requires local authorities to meet housing demand, but crucially fails to move away from fetish on housing numbers and address the current strategic planning void. It does however, propose a standard method for calculating housing need, which is welcome and will prevent delays to local plans over disputed methodologies.

Strategic, cross-boundary planning can help to make the green belt more productive and deliver more houses. Green belt value can be enhanced through positive management of its natural capital. It’s time to leave behind the polarised and siloed green belt debate, and recognise that housing, industry, transport, community, landscape and environment are vital pieces of the planning jigsaw for cities, towns and countryside.

All comments are greatly appreciated - please help mainstream green infrastructure by adding to the conversation.

Six lessons to change the climate of climate change narratives

Greenspace is critical urban infrastructure not an optional extra

New PhD Opportunity through ONE planet on Green Infrastructure

Reflections on NPPG for the Natural Environment.

Climate emergency So what

Call for Papers: Mainstreaming green infrastructure in policy and decision making: unlocking the potential of the planning system

Should Britain build on its green belt?

NPPF2 as Viewed Through an Environmental Lens

What Kind of National Planning Policy Framework (NPPF) do we Need

Working across boundaries and professions to deliver transformational change:

Too Many Green Infrastructure Tools spoil the delivery

Understanding impact pathways for planners and the planning system: An English perspective

Can we be Smarter with Green Infrastructure Research